Welcome back to another installment of: the daily life of a student! Today I’ll be talking about week 36. It was the first week of uni for me, so I started my online classes. I have never had online classes before, so it was definitely a week of getting used to everything. I managed to do quite a lot, while still not really doing anything special, haha. Let’s chat about it for a bit.

On Monday I slept in a tiny bit before making the train journey to my room in Nijmegen. Once I got there it was time to unpack everything that we brought over last Thursday. And it was a lot. It took me the entire day to put everything in its place, and I didn’t have any time left to go through all the stuff that I wanted to reorganize. My Molecular Therapy class also decided that we had to do lots of self study assignments, even though we weren’t supposed to start classes until September 1st. So after doing some groceries with my boyfriend and throwing some pizzas in the oven, I sat down to do some of the assignments. It was quite weird to be studying again, but I quite enjoyed it.

September 1st started with an early lecture (8:30), after which I had some more self study assignments to do. My boyfriend left somewhere in the morning, so I then grabbed my stuff and went back to bed to do all my assignments there. It’s just a lot more cozy. In the afternoon we had an online workgroup, where I just kind of hung out with some people, because the assignments were quite tough. So we just chatted a bit until we had the Q&A. My first schoolday was done at around 17:00, so I had quite the busy first day. I ate some leftovers that I brought from my parents, so I didn’t have to cook. In the evening I managed to catch up on all the self study assignments. It’s just nice to be on schedule with your classes, so you don’t miss anything.

Wednesdays are one of the only calm days in my schedule. I got to sleep in a bit and did some morning yoga, which was really nice. I haven’t really done anything active over the holidays, so it’s good to get my body moving again. I then had a short introductory lecture to Wednesday’s class, during which I made myself some lunch. After the lecture I did some grocery shopping and vacuumed my room. Then my Ikea package got delivered! I ordered a lovely, big mirror so I can take outfit pictures and do my make-up in my room. After that arrived I continued with redecorating my room and rearranging everything. I also managed to film a beauty video for YouTube, which was nice. In the evening I did some cooking, had some good food and then chilled for a bit. I got in bed around 10:30 pm. Wait, what? Sanne, in bed before 12? That’s never happened before! Yet, it is the truth. And after sleeping for about five minutes, I was rudely awakened by the fire-alarm going off in the building. So no, I still did not have a nice sleep. But whatever.

Since I hadn’t slept well the night before, I decided to stay in bed until 3 minutes before my 8:30 am lecture started. I grabbed my laptop and just went back to bed, watching my morning lectures in the coziness of my bed. It was very enjoyable. I then had self study assignments planned for the rest of the day, so I spent about 7 hours doing those. I was finally done around dinner time, so I cooked some lovely pasta and watched some YouTube, before spending the rest of the evening editing my YouTube video. I actually managed to finish it before 1am this time! So I didn’t even go to bed that late. Am I getting the hang of this ‘working-from-home’ life?

On Friday I had another early lecture, which I watched in bed again. Inbetween lectures I spent some time playing Animal Crossing and taking a shower, so I was all nice and fresh watching the interactive lecture, having a nice smoothie during it. I’m getting way too comfortable working from home, haha. I then took some time to get ready, take outfit pictures for the blog, and pack my bags. I then got picked up my some highschool friends of mine, together with my boyfriend, who were driving to their parents’ place (which is close to our parents’ places). We got some McDonald’s on the way there and had a laugh. We got dropped off at my boyfriend’s parents’ place, and then we kind of just went to bed, since it was already quite late.

On Saturday we slept in a bit, after which we drove over to my boyfriend’s parents’ new house. They got the keys to their new place this Tuesday, and they were busy getting the house ready to move into. So we went to see the house and help around a bit. They have a swing in the backyard, so you could definitely find me there all afternoon. After that I was dropped off at the trainstation, so I could go back to my parents. We had dinner together and watched some detective series. It was a nice, chill night with my parents.

On Sunday I also slept in quite a bit. I then spent a few hours doing some blogwork and finishing some self study assignments. In the afternoon my boyfriend came over, after which we had dinner together and spent the rest of the evening on the couch. We watched the movie Series Of Unfortunate Events, which my dad really likes. I already recommended the Netflix show to him, of course. So I’m curious to see what he thinks of that. We went to bed quite on time, since I have early lectures again on Monday. It was a nice, cozy way to end the week, and it’s nice that I managed to finish all my to-do-lists.

And that was my first week of uni! I didn’t really do anything special besides uni- and blogwork, but it was still a nice week. It’s just nice to get back into a set routine and do a lot of stuff. It feels really good to have all my to-do-lists finished, and to see that I’m dealing quite well with the working-from-home situation. I like that I can just get food whenever I want, I can lay in bed if I’m tired, and I don’t have to spend time on travelling to school and back. I feel like I have so much more time left somehow. I really enjoy it. We’ll see when I’ll get tired of being alone, though. Next week is another week of uni, and I have some stuff planned with friends. I’m excited! I want to thank you for reading, and I’ll see you next time! 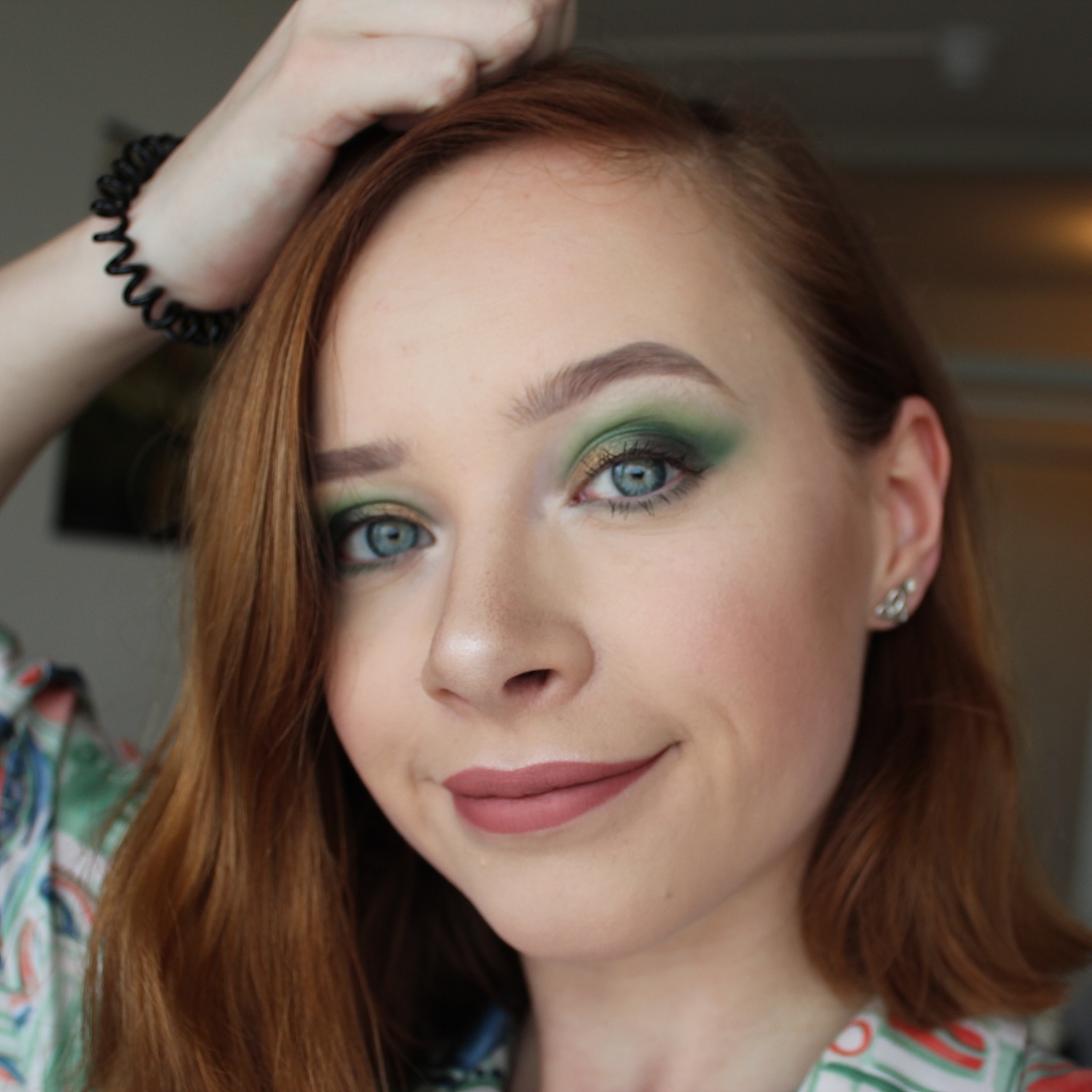 Hi everyone, and welcome to Bottle of Happiness. This is my personal blog where I talk about everything I enjoy in life. You can expect anything from photography to beauty, lifestyle, DIY and fashion. There’s something fun for everyone. Have fun reading and I hope to see you again soon!

You can donate a Chai Tea Latte to me (my favourite!) so I have enough energy to produce content! It's just an option, feel free to do so if you like. Love you!